THE ARCHAEOLOGICAL SITE OF AMPHIPOLIS.

The archaeological site of Amphipolis, that is, the area of the ancient homonymous city, which is surrounded by the remains of impressive ancient walls, is one of the most important archaeological sites of Northern Greece. This is due not only to the great historical significance of the ancient city, but also to the fact that architectural remains of many important monuments (Gymnasium, Hellenistic House [Fig. 1], Roman Villa, Christian Basilicas [Fig. 2], etc.) have been unearthed there, some of which are unique in Greece (ancient wooden bridge, circular byzantine church et al.). That is why the Hellenic Ministry of Culture and Sports, over time, takes care of the preservation and protection of the monuments of this very important archaeological site. In addition to the construction of an Archaeological Museum in 1995, the most recent relative projects are the construction of protective shelters in the buildings of the Gymnasium (2014) [Fig. 3] and the restoration of the Byzantine Tower of Marmari (2015).

In 2017 a study entitled “Preliminary study for the management of the archaeological site of Amphipolis” was prepared by the Ministry of Culture and Sports.  The study was aiming to formulate a masterplan for the site. The study, also, described in details the planning of various works for the preservation and promotion of the monuments of the site, including the works that will be carried out within the framework of the BORDERLESS CULTURE project. The objective of the aforementioned project is the creation of a network of visitors’ paths passing by most of the excavated monuments in the central area of the archaeological site of Ancient Amphipolis. More specifically, after the completion of the project, the visitors (following the paths) would have the opportunity to see up-close all the excavated monuments of the Christian Acropolis, as well as monuments in two separate sub-sections of the ancient city, southwest and southeast of the Acropolis [Fig. 4]. 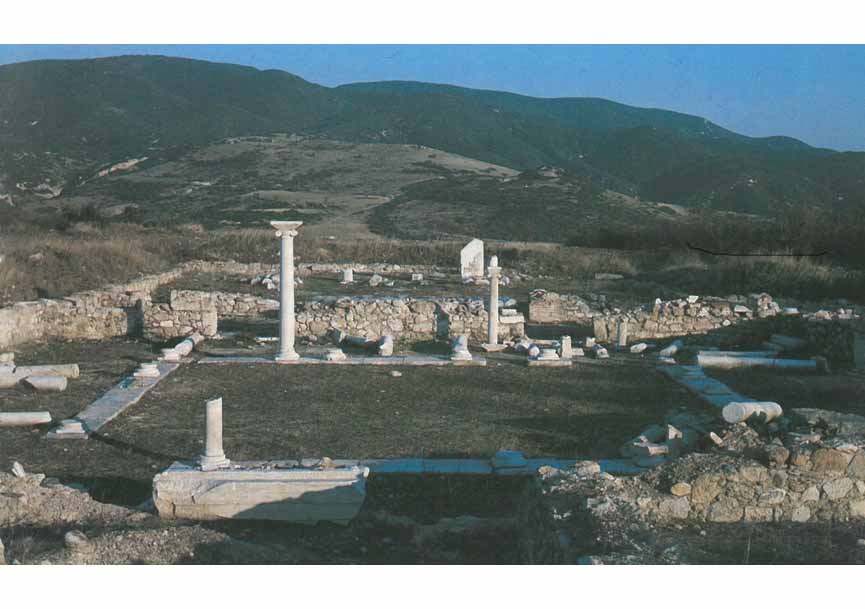 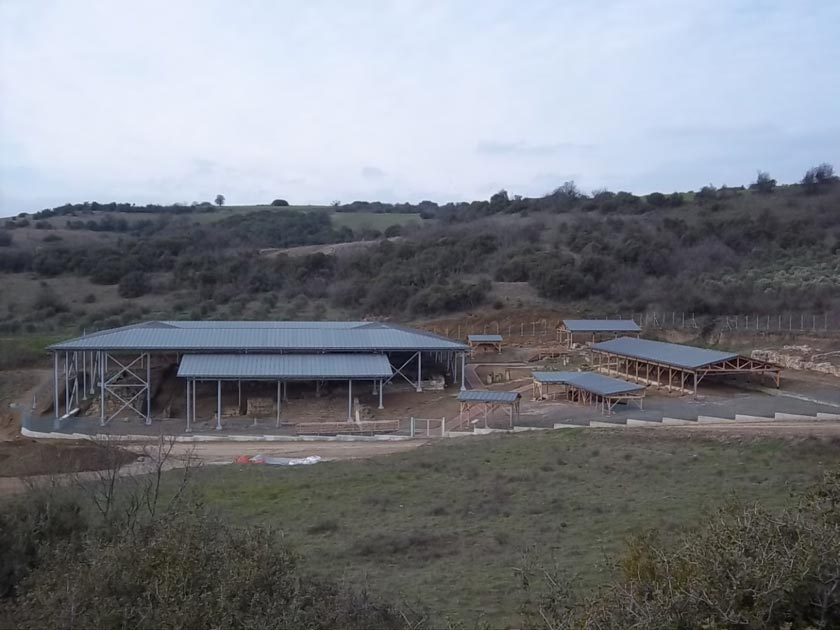 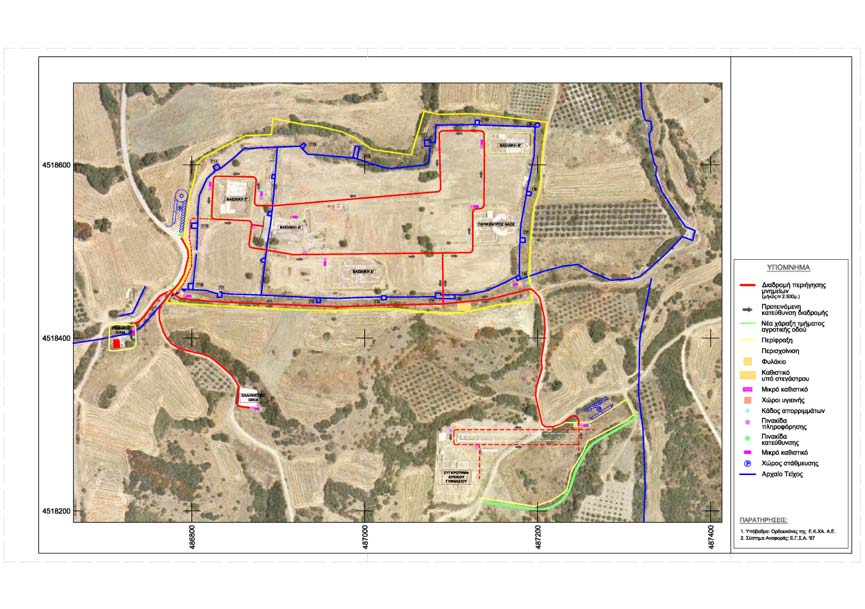 Late Antiquity building is located in the village of Drenkovo, 16 km from Blagoevgrad.

Drenkovo is a scattered settlement; its neighborhoods are situated among the folds of the northern hills of Vlahina Mountain.

Today’s area of Drenkovo has been inhabited since ancient times. Evidence of this is the prehistoric settlement located in the fields “Garleshkite nivi” (1 km south of the village). Based on the tools of stone and flint found there, it was dated to the Neolithic (late VII-VI millennium BC). In late antiquity (IV-VI c. AD) along the river Drenkovska passed one of the roads connecting the valley of the Struma valley of the Vardar. Perhaps this road was an important road artery linking the villages from the Struma valley with the large administrative center of Pautalia (today’s Kyustendil). Confirmation that gives the square building with semicircular defensive towers at each corner, located south of Drenkovo. The defense facility was connected to the road guard. Archaeological studies have found that it was used even in the Middle Ages (IX-X century). Today the building is almost entirely restored and has become a sight of cultural and historical tourism. In the area of Drenkovo there are also remains of a settlement, dating back to the late antiquity.

Press Conference within the framework of the project Borderless Culture

The Deputy Minister of Interior Macedonia and Thrace Mr. Thedoros Karaoglou invites you to attend the press conference hosted in ZOOM web platform […]

The Cooperation Programme “Greece-Bulgaria 2014-2020” was approved by the European Commission on 13/12/2016 by Decision C(2016)8708.  The total budget (ERDF and national contribution) for the European Territorial Programme “Greece-Bulgaria 2007-2013” is €130,262,835.00 .The total financing consists of €110.723.409,75 (85%) ERDF funding and €19.539.425,25 (15%) national contribution. The eligible area of the Programme consists of the Region of Eastern Macedonia and Thrace (Prefectures of Evros, Kavala, Xanthi, Rodopi and Drama) and the Region of Central Macedonia (Prefectures of Thessaloniki and Serres) in Greece and the South-Central Planning Region and South-West Planning Region (Districts of Blagoevgrad, Smolyan, Kardjali and Haskovo) in Bulgaria. The priority axes are: PA 1: A Competitive and Entrepreneurship Promoting Cross-Border Area, PA 2: A Sustainable and climate adaptable Cross-Border area, PA 3: A better interconnected Cross-Border Area, PA 4: A socially inclusive Cross-Border area, PA 5: Technical Assistance.

Discover the cultural treasures of Amphipoli and Blagoevgrad; a region where cultural layers from the lively social and cultural life of the ancient, medieval and modern times are accumulated for millennia, resulting in breathtaking findings of world-class importance.

Press Conference within the framework of the project Borderless Culture

The Deputy Minister of Interior Macedonia and Thrace Mr. Thedoros Karaoglou invites you to attend the press conference hosted in ZOOM web platform […]

How to find us